Coyotes Bar and Grill remains on top of Yellowknife broomball 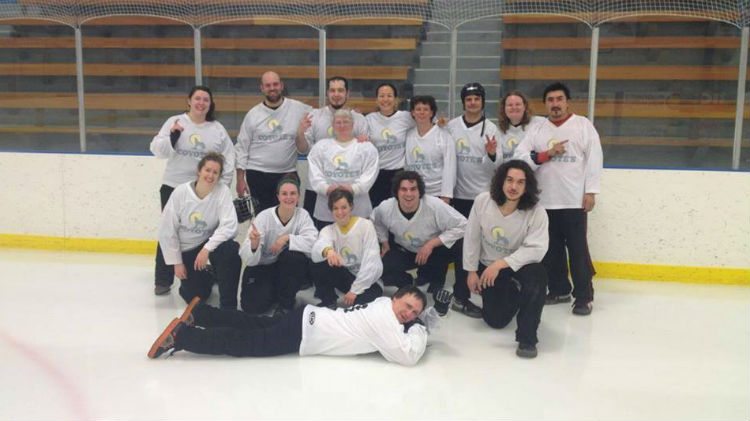 For a second straight season, Coyotes Bar and Grill is on top of the Yellowknife Mixed Broomball League following a 2-1 victory over Fire Prevention in the final Sunday night.

After securing the league’s second seed in the regular season, Coyotes dropped the opening game of the best-of-three final before taking the next two games 3-0 and 2-1 respectively.

“I thought we played an all-around good game from the defence to the offense,” said captain Matt Seeton. “We used our full team and our depth and our goalie bailed us out when we needed it.”

Coyotes went down early in the opening half before scoring two unanswered to secure back-to-back titles.

“They scored so early in the game that it was never really a concern,” said defenceman Tyler Illnik.

“I kind of think we’re a slow starting team. We need to get a shot in the arm before we get going. I was really pleased with how we came back and I expected it.”

Illnik scored the team’s first goal late in the opening half to tie the game. Reuben Makohoniuk notched the team’s second tally in the final half.

His goal would stand as the game winner despite a furious Fire Prevention rally towards the end of the game.

“We were battling hard out there for the last minute,” added Brad Fillion, who plays centre.

Coyotes has also claimed the last two territorial championships with all four titles having come against Fire Prevention in the final.