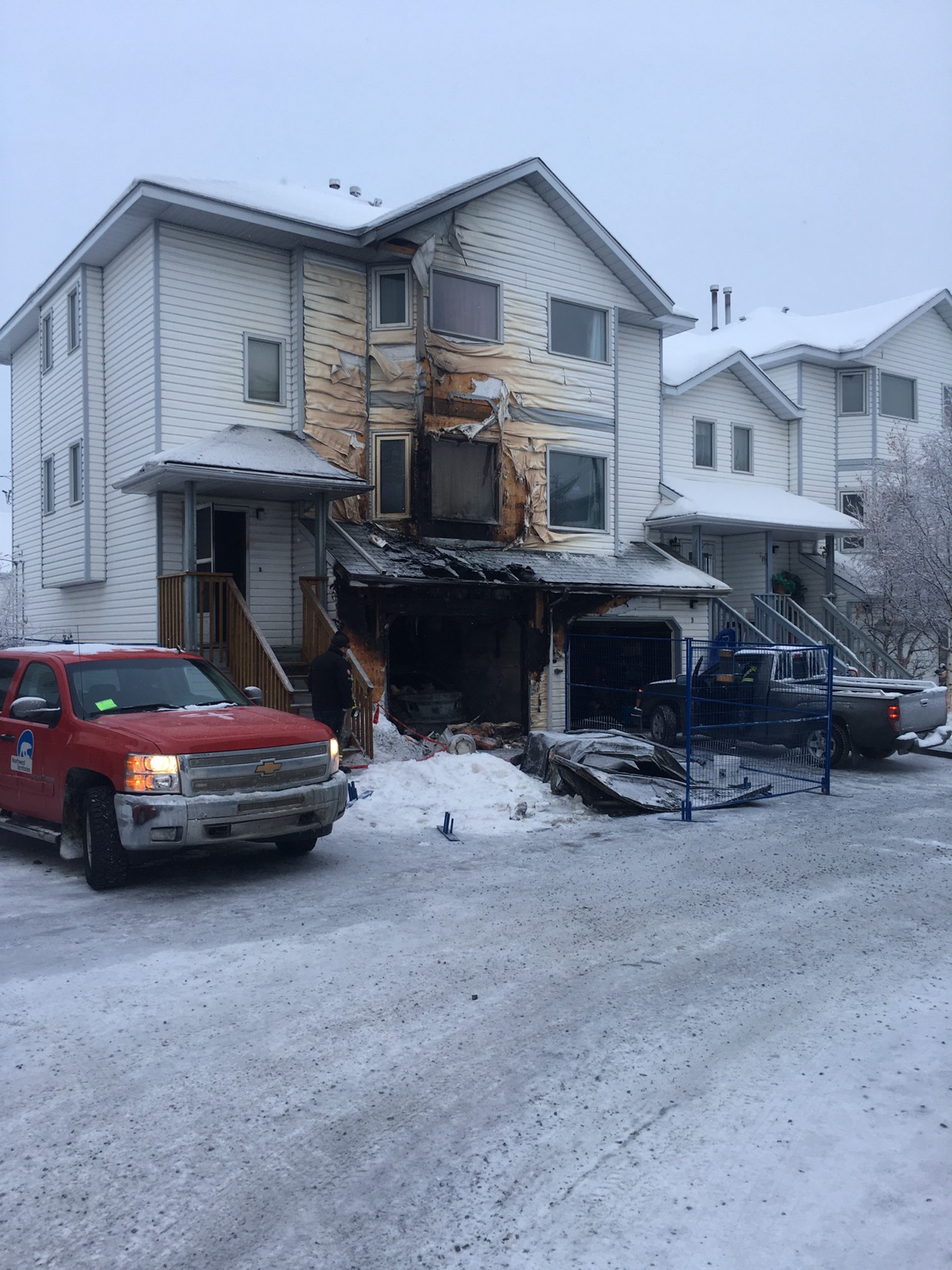 There was a fire at 11 Gold City Court this morning at 1:08 a.m. The City of Yellowknife Fire Division was dispatched when they got a report of a vehicle fire.

On the way, they were informed that the vehicle was inside a garage. A full group alert was then initiated requesting off-duty personnel.

When the YKFD crew arrived at the scene, the garage was fully on fire with the vehicle inside and the overhead garage door open.

The residents in the building were evacuated and the crew worked on extinguishing the fire which had extended through the entry door between the garage and the residence.

When the remaining personnel arrived, a thorough search with the thermal imaging camera determined that the fire did not extend into the next door unit.

The scene was cleared at 4:06 a.m. as the garage was fully extinguished and the home was ventilated, clearing it of smoke. At around 6:00 a.m. a fire watch was completed as the thermal imaging camera noted no hotspots.

The cause of the fire is under investigation by the Office of the Fire Marshal with help from the Yellowknife RCMP. This post will be updated as more information comes to pass.