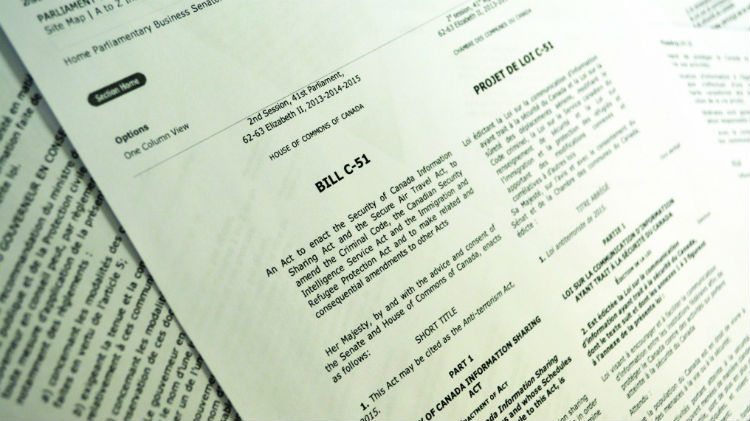 A rally will be held in front of Yellowknife’s Greenstone Building over the weekend to protest Bill C-51.

The demonstration is being organized by Alternatives North as part of Lead Now’s national day of action in protest of the federal anti-terrorism bill.

Members say they will meet at noon Saturday to show their opposition and gather signatures to an open letter protesting the bill.

“Organizations are hitting the streets Saturday all over the country to stand together and show that the people of Canada don’t accept Harper’s fear-mongering, and don’t accept this bill,” said Alternatives North spokesperson Ben McDonald.

“Northern people have got exactly the same concerns about the overreach found in Bill C-51 as people in the rest of Canada.”

Bill C-51 was introduced at the end of January at a time when tension over threats of terrorism on home soil were high.

Deadly attacks on two Canadian soldiers in October are often cited by members of the government as justification for tougher laws.

But critics say if and when the bill is implemented, it will create a secret police force with little accountability, facilitate government spying and invite a variety of violations of Canadian rights.

It’s expected that C-51 will make its way through Parliament and come into force as early as this summer.