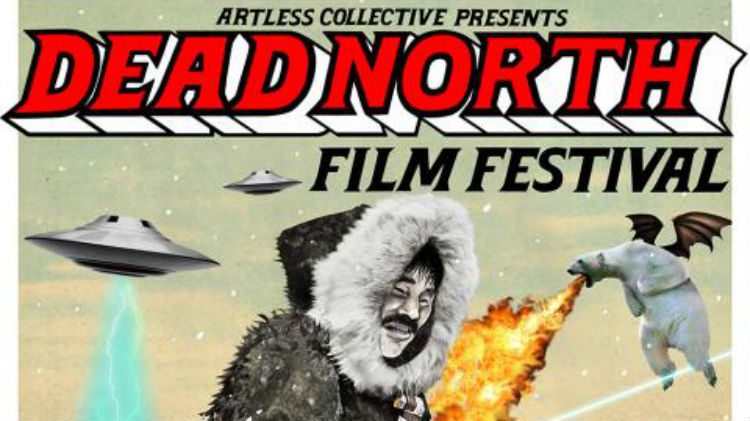 16 films crews have submitted their final productions for the 2015 Dead North Film Festival.

The entries, which were accompanied by a shorter production that won’t take part in the competition, were due early Wednesday morning.

The pan-territorial short horror film festival challenges professional and aspiring filmmakers living north of 60 to make productions over a two-month period in the dead of winter.

“We’re so pumped to see all of them come in,” said festival organizer Jay Bulckaert of Artless Collective. “We started out with 22 and the expectation is that five or six will drop out as they go along.”

“There’s so much work that goes into it all that I actually don’t blame anyone for dropping out but I certainly celebrate all of those who stick with it.

Of the 17 submissions, Bulckaert told Moose FM 14 are from the Northwest Territories, two are from the Yukon and one is from Nunavut.

Now, four judges from across the country will be tasked with watching and critiquing the films before making their way to Yellowknife for next week’s screenings.

The festival’s all-star cast of judges include Mitch Davis, co-director of the Fantasia Film Festival in Montreal; Rafael Katigbak, the Canadian editor of Vice Magazine; Matt Aebig, a special effects makeup artist based in Vancouver and Meagan Wohlberg, a script consultant based in Fort Smith.

All 17 films will premiere next Tuesday at the Northern Arts and Cultural Centre.

That will be followed by additional screenings and an awards ceremony at the Snow Castle the following night.

With more entries and interest than ever before, Bulckaert says he’s already looking forward to next year.

“17 films are going to screen [this year]. Obviously the large majority is from the NWT but we still have the other two territories wrapped into this insanity.