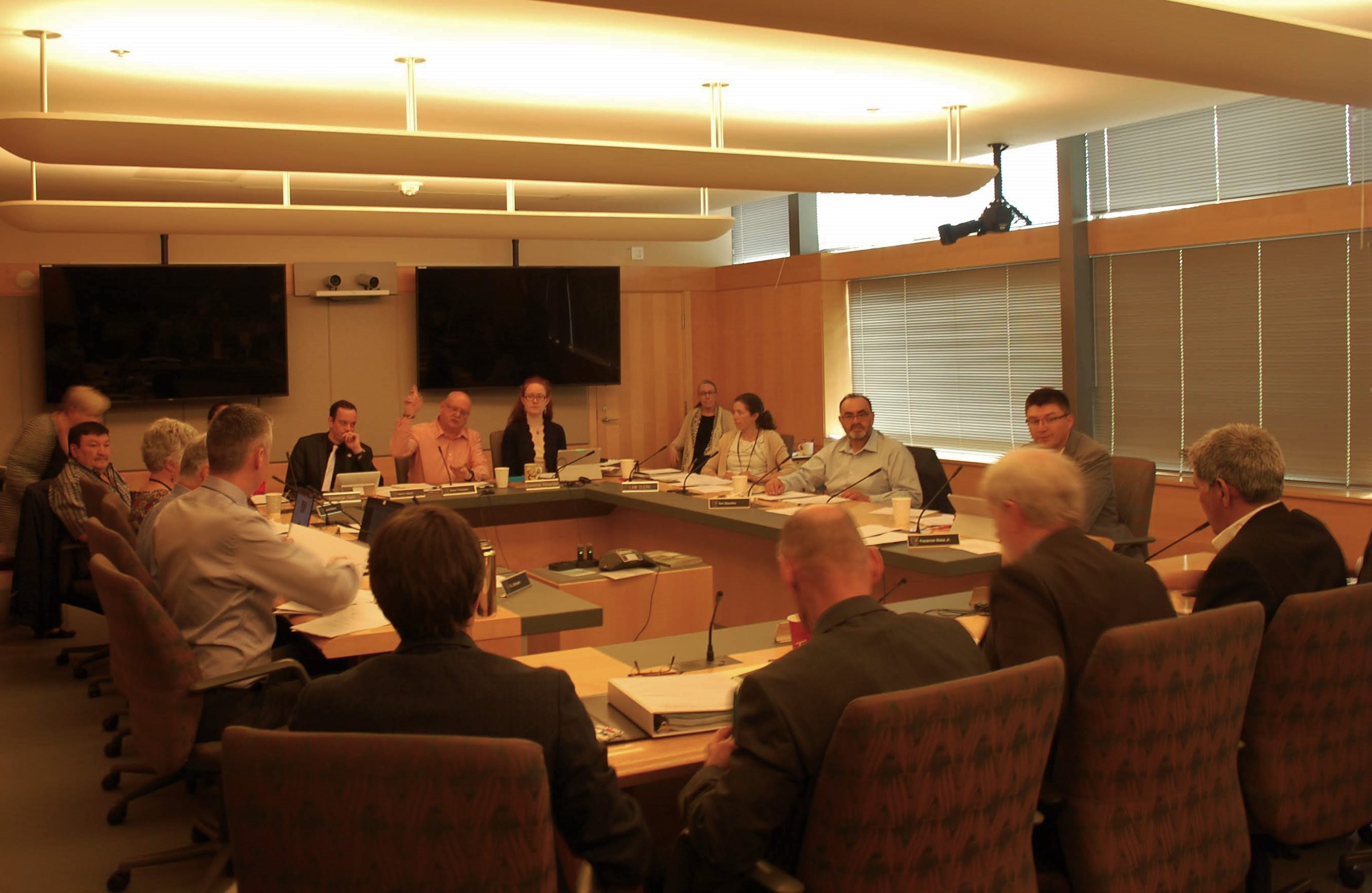 This comes after a series of public meetings across the territory last month seeking public input on the incoming cannabis legislation.

The MLAs proposed an amendment to the bill that would allow for the private retail sale of cannabis in the NWT.

Julie Green, MLA for Yellowknife Centre, said that during the consultation period, she heard that communities wanted the opportunity to have cannabis stores, and for them to be separate from liquor stores.

“The small communities have the perception that if they had cannabis stores of their own, they would have the revenue that it generates and they could spend it on their own community priorities including wellness,” said Green.

“In Yellowknife there was a similar sentiment. Not so much that the money would be put aside for wellness, but that there be a vendorship opportunity given to the private sector and that it not be automatically assigned to the liquor commission, which is what the Minster has in mind now,” said Green.

Kieron Testart, MLA for Kam Lake said that the retail sale of cannabis a significant area of the bill that the public is concerned about.

“Bootlegging and illicit trade of drugs is a major concern, especially in small communities,” said Testart.

“And by expanding on the number of retail outlets for cannabis, we will allow a greater access to supply and further, competition may allow for lower price points, which would allow for further disruption of the illicit trade of cannabis in the NWT,” Testart said.

This amendment wouldn’t prevent sale of cannabis through liquor stores, but the liquor commission would continue as the wholesaler.

Frame Lake MLA Kevin O’Reilly said he hadn’t heard unanimous support for cannabis stores in the small communities, but individuals did express interest, as well as the organized business community in Yellowknife.

Frederick Blake, Mackenzie Delta said he was unable to support the motion because communities in his riding weren’t in favor of it.

“As we toured the northern section of the territory, the majority of the communities that we visited weren’t in favor of this,” said Blake.

“I know it is the early stages of legalization but the communities I felt were kind of leery of the availability, especially to minors, “said Blake.

R.J. Simpson, MLA for Hay River North said that in small communities, people wanted to be able to control what comes into their community.

“It would also allow for a safe supply of cannabis to be sold legally in these communities, instead of just allowing drug dealers to remain in those communities, which is what’s happening now,” said Simpson.

“And if you look at a harm reduction perspective, the liquor stores being only in regional centres has done nothing really to mitigate the harm caused by alcohol in the communities,” Simpson said.

But Justice Minister Louis Sebert, who is also the MLA for Thebacha, said the primary goal of this legislation is not economic development, but to undercut organized crime.

“So I think we should be very careful not to suggest there’s a huge market waiting to be captured with lucrative returns to be had,” said minister Sebert.

“The notion that the market will be able to sustain stores on every corner like Starbucks needs to be challenged.
We also need to remember that cannabis is not coffee. I do not believe we should be rushing to support a retail landscape that could see cannabis on every corner. We don’t do this with retail for alcohol, ” said Sebert.

The sale of cannabis through liquor stores was supported by an “admittedly thin majority” of respondents to the GNWT’s public engagement, part of which was online, said Sebert.

“What is being proposed through this motion seems to be a replacement of ministerial discretion,” said minister Sebert.

But Testart said he believed this was a “balanced approach” that allows for ministerial control in deciding who gets to sell cannabis, and said he was disappointed they couldn’t find the common ground necessary to move forward on the motion.

“Cannabis is a major public health concern in the Northwest Territories, and the current approach of prohibition is failing,” Testart said.

Tom Beaulieu , MLA of Tu Nedhé – Wiilide said not allowing for private retail sale will support the illegal market for cannabis.
“If we’re serious about addressing that issue then we should allow stores in small communities,” said Beaulieu.
Another factor that hasn’t been discussed much is the displacement of alcohol, Beaulieu said.
“I’ve seen it. In my lifetime I’ve seen marijuana displace alcohol. Alcohol is legal and it’s devastating and it’s destroyed many of our communities, destroyed many families. There’s an opportunity here for that to be displaced,” said Beaulieu.
Facebook
Twitter
Pinterest
WhatsApp
- Advertisment -
- Advertisment -
- Advertisement -