Yellowknife’s Snowking festival began on Sunday as the door to the Snowcastle on Great Slave Lake was revealed.

Two saws cut an opening to allow hundreds of gathered visitors into the castle, billed as one of the largest ever, to celebrate the festival’s 20th anniversary.

“I had a perma-smile,” said Frida Frost, Snowking festival director. “It’s really rewarding to see so many people that came out today. Amazing. Honestly, the lineup of people just didn’t end.”

A crew has been building the castle full-time since January, while administrative staff began planning the schedule of events last fall.

The castle will be open every day except Mondays throughout March, with evening events from Wednesday to Saturday each week.

“I’m thrilled to welcome a band from Norway playing instruments out of ice,” said Frida Frost. “What a fitting venue for them to come and play.”

Ice musician Terje Isungset will be at the castle on Wednesday, March 11. To see the full schedule, click here.

“This year we had a lot of people from outside of the territory submit applications [to perform],” Frida Frost told Moose FM.

“It’s cool, we’re getting out there nationally and internationally.

“We have attention this year from TV and film companies from Europe – France and England – who are coming and want to showcase the castle and the things that Yellowknifers and northerners do in winter.” 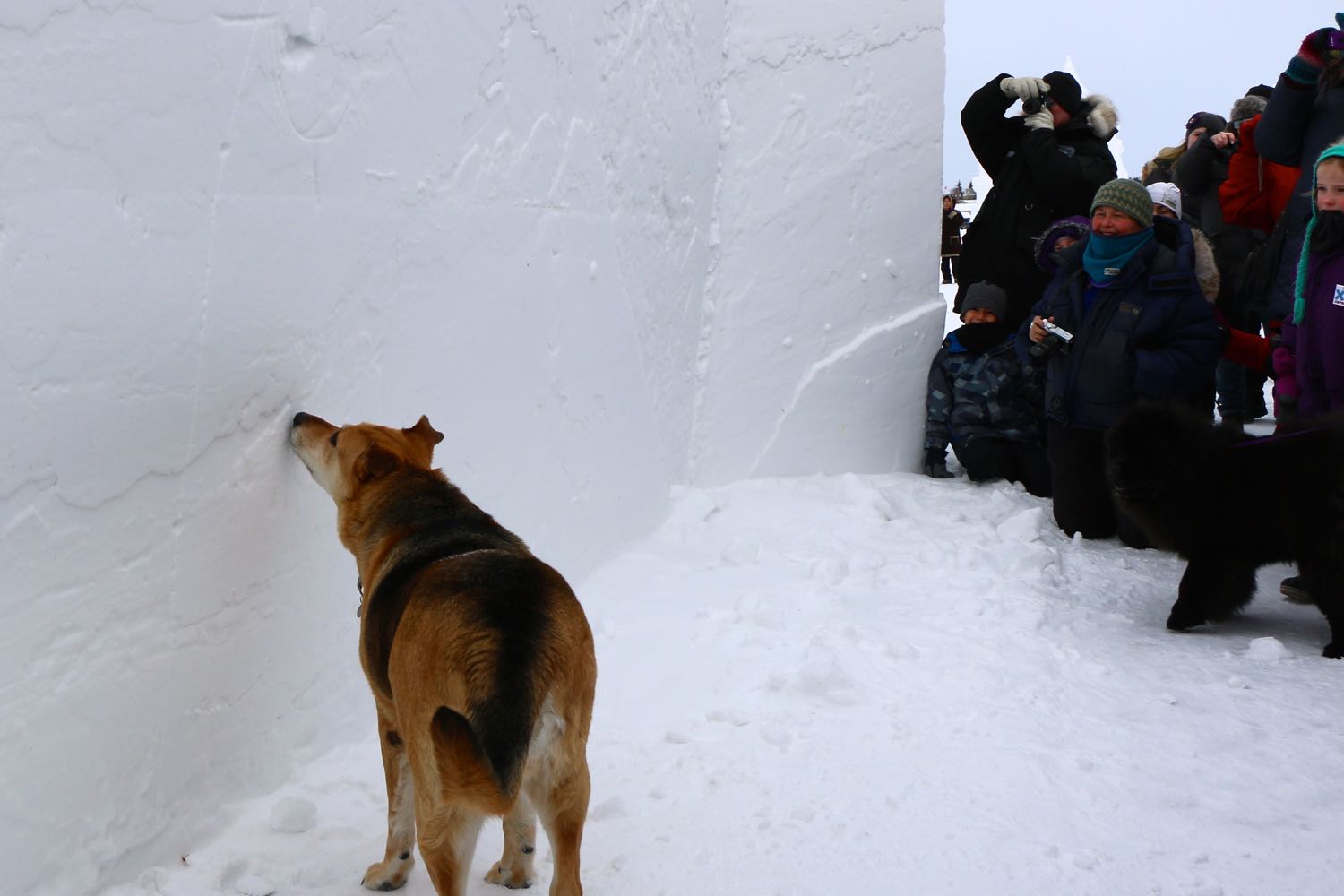 An inquisitive dog attempts to be first into the castle as the entrance is revealed.