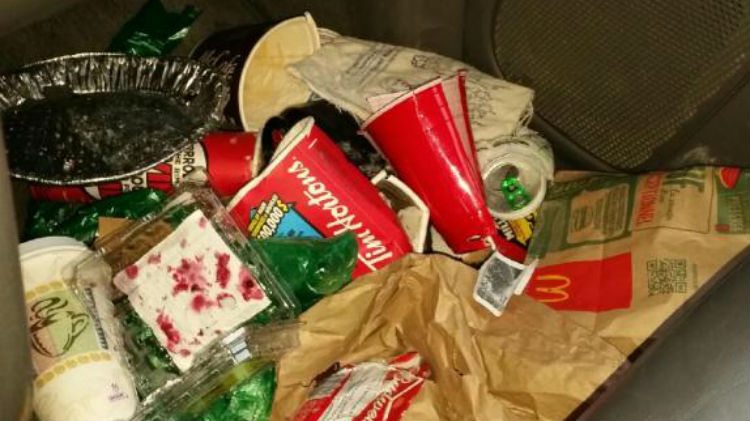 A Yellowknife woman says she was disgusted when she saw another woman go out of her way to dump garbage onto the Dettah Ice Road last week.

Candace Meyer says she was driving towards School Draw Avenue last Monday when she witnessed an unidentified woman litter on the side of the road.

“As I was exiting the road to go back into Yellowknife, I watched in my rear-view mirror as she got out of her vehicle, walked to the other side, took a garbage bag out and just dumped it,” Meyer told Moose FM. “Even if it’s food scraps I think it’s unacceptable.

“This woman drove past unlocked dumpster bins, went onto the ice road, dumped her garbage and then drove away passing the garbage bins again.”

Meyer said she didn’t want to believe the person was dumping garbage until she got a closer look.

When she circled around, Meyer said she was shocked to see that the woman had dumped a full-sized garbage bag of scrap papers and food wrappers among other items.

Meyer, who has collected trash along the road for the past couple winters, said she picked up what she could before it blew away.

A post detailing the incident was posted to the Facebook group: Yellowknife Classifieds but was subsequently taken down.

Meyer said she’s not looking to publicly shame the woman. She just wants people to treat their community with more respect.

“I don’t see why it should’ve been taken down. It was more to raise awareness and get people talking about this kind of behaviour going on around us.

“We’re a community. We should be proud of Yellowknife and where we are. We’re in a pretty beautiful part of Canada and we should take care of it.”