Wood bison now a ‘threatened’ species in the territory 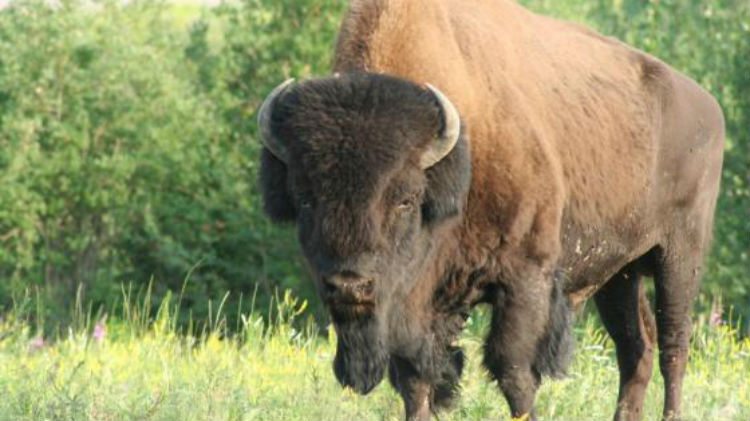 In the Northwest Territories, the wood bison has now been labeled as a ‘threatened’ species on the NWT’s List of Species at Risk.

This news may sound familiar.

Almost exactly a year ago, it was announced the species was being assessed by an at risk committee. The assessment went through different wildlife authorities, who consulted with communities where wood bison live.

A year later, they’ve now officially being considered threatened under the territory’s species at risk list.

So what does this mean for the wood bison?

We go into recovery mode according to Jody Pellissey.

Pellissey is chairperson of the conference of management authorities (CMA), a group established to manage and recover at risk species in the territory.

“The NWT [wood bison] population is very small,” she said. “There has been a decline in some of the herds.”

As the largest land mammal in North America, they are important grazers and a key component of the boreal forest ecosystem.

According to the CMA, wood bison face a number of threats in the territory, including infectious diseases such as tuberculosis, predication, habitat loss and human-caused mortality, which include harvesting and bison being killed by vehicles.

In February, a study from the University of Ottawa found that wood bison in southern regions of the NWT are being displaced because of the effects of climate change.

Pellissey says the next step moving forward is to develop a recovery strategy for repopulating the species.

“The main thing is that now a recovery document will have to be prepared within the next two years,” she explained.

Some preservation measures have already been introduced to regulate the harvesting of wood bison or to end it entirely where herd populations are low.

However, Pellissey says a larger plan to increase population numbers is still in the works.