Yellowknife’s Force One to close after 29 years of business 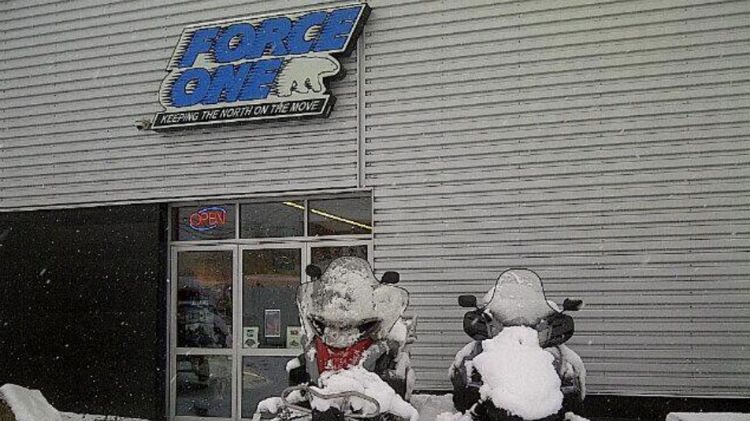 Yellowknife’s Force One is closing its doors after 29 years of business in the city.

The business, located at 354 Old Airport, has sold outdoor recreational vehicles using the slogan, ‘Keeping the North on the Move!’ since 1987.

Owner and general manager Jason Clarke has been in the territory since 1986 and has been with Force One since 1999. He bought into the business nine years later, in 2008.

Clarke told Moose FM the decision to close up shop came down to ‘personal’ reasons.

“I’d say mainly it comes down to personal reasons,” he said. “I can guarantee you this was a decision that wasn’t made in one night.

“There are so many different things at play. The economy is one, personal reasons is another and everything just kind of piled up and created a perfect storm.

“Snowmobiles and boats are luxury items. So when things get tight, what do people not spend their money on? Luxury items.”

Clarke says the plan is to stay open until May 31 or until he runs out of inventory. Closing sales officially kicked off Wednesday.

Force One first opened in November of 1987 as a Yamaha only dealership. Within three years, the business grew to include Polaris and Lund products.

In 2011, Force One moved to its current location at 354 Old Airport. It was previously located a couple units down the road at 362 Old Airport Road, where it had been since 1995.

After doubling the size of its showroom in 2011, the business was able to sell top-of-the-line marine, ATV and snowmobile vehicles and associated parts.

Clarke says it remains to be seen what he’ll do next as his only focus right now is closing the store.