Man accused of sexual assault at Folk has charge stayed 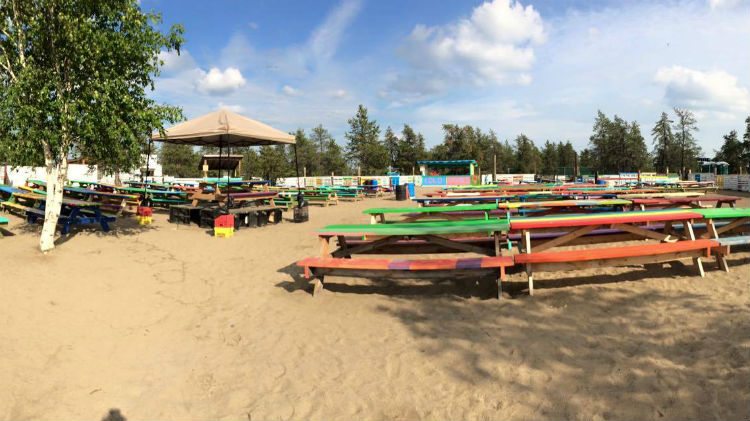 A Yellowknife man accused of sexual assault at this year’s Folk on the Rocks music festival has had the charge against him stayed.

Nathan Round, 19, was charged following an alleged incident in a large crowd on Jul. 16. At the time, a female complainant – whose identity is protected by a publication ban – accused him of touching her inappropriately.

On Wednesday, Crown Attorney David McWhinnie said the Crown didn’t have a reasonable prospect of conviction and that the charge should be stayed. The prosecution was therefore terminated.

“I don’t know what happened to the complainant, but I do know that I had zero contact with her,” he said in a statement provided by his defence lawyer, Peter Harte.

“There was a whole bunch of people there all pressed together dancing. I am grateful that … witnesses who were with me were able to give my side of the story.”

Round also agreed to a peace bond Wednesday, which demands that he not have any contact with the alleged victim for eight months. He must also maintain good behaviour during that time.

Rounded added: “Whatever happened to her, I am sure she was pretty freaked out about it all. I want to respect her privacy.”

The Crown has one year to reintroduce the charge against Round if additional information becomes available – a step Harte says is very rare.

Altogether, RCMP received three complaints of sexual assault over the course of the music festival, which ran from Jul. 15 to Jul. 17 on the shores of Long Lake.

Back in October, police said one complaint resulted in charges being laid, one concluded without charges and the third was still under investigation.

Ian Campeau, a member of A Tribe Called Red, also addressed the issue in a Facebook post he wrote after one of his friends was allegedly assaulted.