‘No end in sight for poverty in the NWT,’ says Yellowknife MLA 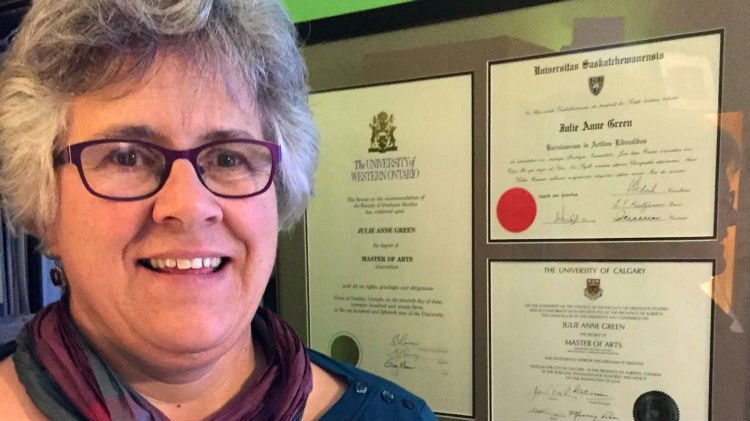 “No end in sight for poverty in the NWT.”

That’s not the most encouraging headline; it’s even more concerning when it comes from the blog of your local MLA.

“I was disappointed in the meeting because it didn’t provide any new or tangible help for people who are living in need right now,” Green told Moose FM.

The three-day forum brought together multiple partners to share best practices and showcase projects supported by the GNWT’s Anti-Poverty Fund. Green was one of seven MLAs in attendance.

The fourth-annual roundtable led to the launch of a new anti-poverty website and continuing the territorial government’s $500,000 Anti-Poverty Fund.

Green says that while those initiatives are useful, they aren’t effective.

“They are not in and of themselves making a difference when it comes to poverty,” she said. “Neither initiative is anything like the transformative action we need.”

According to Green, the government needs to focus its attention on the rising number of children living in poverty and people turning to food banks and homeless shelters for support.

RELATED: Demand for Hay River’s soup kitchen is up as donations drop

Food banks are a ‘band-aid’ solution to food insecurity, Green says. She wants to see more long-term solutions rolled out while not creating a gap in services.

“All those things are needed in the short-term while a long-term solution comes into place.”

The same goes for housing.

The City of Yellowknife’s Homelessness Road Map Action Plan details plans to extend shelter hours in the capital, where there is currently a five-hour window when no shelter services are available.

While that’s being worked on, Green wants to see a more long-term solution created to get people off the streets.

“Emergency shelters are only a temporary measure,” Green said.

“We need to work on the longer-term solution… that people don’t go into an emergency shelter and stay for years which is the situation that’s been the norm up to this point.

“It’s a matter of doing both things, and it’s going to require more of an investment than the government currently provides.”

The GNWT currently offers $500,000 in anti-poverty funding towards supporting projects. The cost to build one NWT Housing Corporation house in Tuktoyaktuk, for example, costs just about that.

“That level of investment from the government is not going to give us those systemic solutions,” Green said.

“We need some tangible commitment by the government to show us that they are going to invest the resources needed to bring poverty rates down.”

No sense of urgency

Green says she was disappointed with the lack of urgency displayed at the roundtable towards addressing some of these issues.

“All of those are urgent and immediate needs, they’re not the kind of thing that we can wait months and years to address,” she said.

“We need to address those issues immediately, but I didn’t feel that the roundtable had much of that sense of urgency about coming up with solutions rather than doing more of what we’ve done in the past.

“The question is, ‘what more could we be doing that would bring about results for people who live in need?'”

Despite this, Green does give ‘kudos’ to Minister of Health and Social Services Glen Abernethy for taking the issue of poverty seriously, and developing both the anti-poverty strategy and action plan.

“I think he’s on the right track,” she said. “But he needs to accelerate the action on it.”