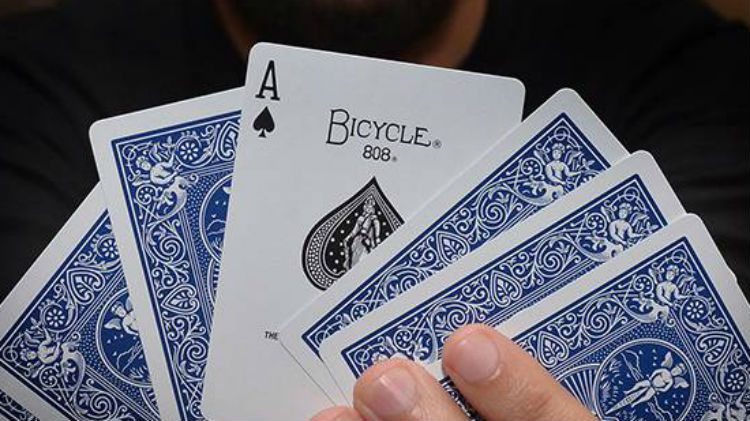 A Hay River man is over half a million dollars richer after finally winning the local Chase the Ace jackpot.

Les Ring was the lucky winner Friday night, drawing the ace of spades from a diminished deck of cards (10) at the Ptarmigan Inn and walking away with $511,034.

Every Friday for the past 42 weeks, people from all over the territory have traveled to Hay River to pay $5 for a Chase the Ace ticket.

An airline even started offering discount charters from Yellowknife to Hay River for people who wanted to try their luck.

Once Friday night rolled around every week, a ticket would be picked in a classic 50-50 style draw.

The winner of the draw would then pick a random card from the deck, hoping to draw the ace of spades and win the ever-growing, rolling jackpot.

That’s exactly what Ring did on Friday night. Once he heard his name called over a Facebook Live video, he quickly made his way to the Ptarmigan Inn where luck just so happened to be on his side.

In the end, he won $511,034, which included the weekly prize and rolling jackpot.

Ring was born and raised in Hay River where he and two of his siblings own the local drug store Ring’s Pharmacy Ltd.

‘Everyone in the territory is talking about it’

Chase the Ace has become increasingly popular throughout Canada in the past three years as a way to raise funds for charities.

The lottery was even the subject of one MLA’s member statement in the NWT legislature last month.

“Chase the Ace needs no introduction, everyone in the territory is talking about it, the territory’s abuzz,” said Hay River North MLA R.J. Simpson on Oct. 28.

“This fundraiser is put on by the Hay River Curling Club, but because it’s grown to be such a huge event, it benefits multiple organizations, and really the entire community.”