Yellowknifers carve out a niche in turkey curling 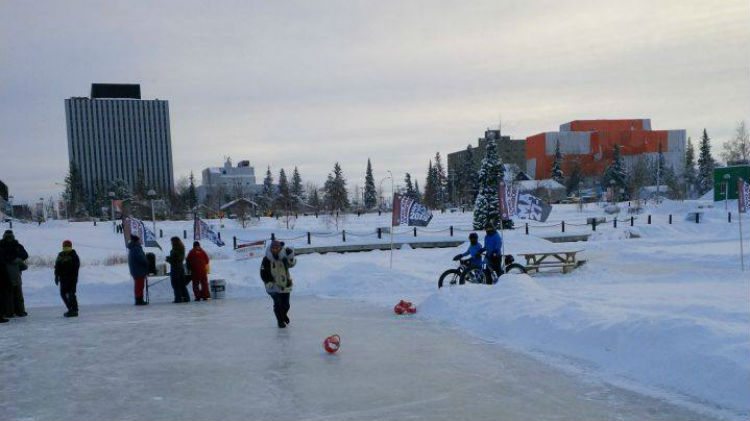 For Yellowknife residents, there is no such thing as too much turkey.

Fresh from a Christmas stuffing, Yellowknifers gathered on Frame Lake to take in the city’s latest sporting offering: turkey curling.

Rookies were instructed to forget carving the bird in favour of curling it, gracefully, past opposing poultry.

At least, that was the aim.

Not all budding turkey curlers found it the easiest sport to master.

“It’s fun, it’s really fun. But you can’t bowl it and you can’t curl it… and my glove went with it,” said Michelle Thompson, who recently moved back to Yellowknife from Vancouver.

“Just don’t go with the Butterball,” Thompson added, by way of advice, as fellow contestants picked their bird of choice.

“Maybe a shot put, with hens,” she suggested for next year.

Long John Jamboree organizers were behind Sunday’s event, which formed a part of World Snow Day festivities across the city.

The Jamboree is still looking for volunteers – head to its Facebook page for more information, and more on turkey curling.