Yellowknife welcomes its first Syrian refugee family to the city 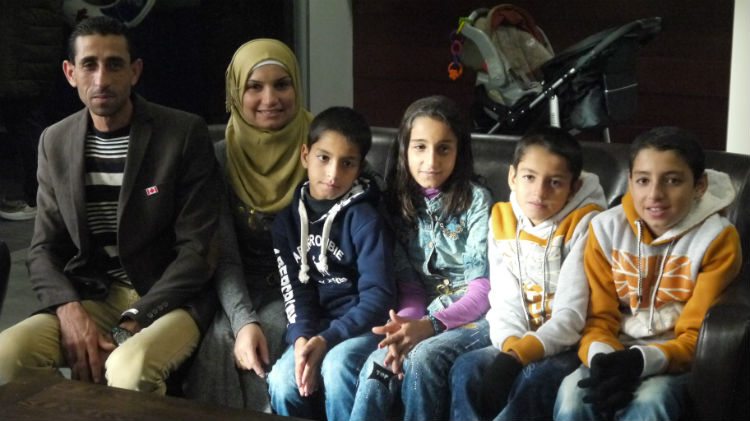 The Mohammad family – a pseudonym used to protect their identity – arrived at the Yellowknife Airport late in the evening.

Their arrival marked the end of a 30-plus-hour journey from Bierut, Lebanon. The family of six is the first sponsored Syrian refugee family to arrive in Yellowknife since the war in Syria began over five years ago.

Earlier this year, six Yellowknife residents received the green light from the federal government to privately sponsor a refugee family.

Since then, Bob Horton, Nazim Awan, Aggie Brockman, Lindsay Armer and James and Sheila Anderson have held a number of fundraisers ahead of their arrival.

“I am thrilled to announce that the Mohammad family arrived [Thursday] in Yellowknife after over 30 hours of traveling,” said Bob Horton, one of the sponsors.

“They were completely exhausted … and one of the four kids was shaking uncontrollably due to the cold or the lack of sleep but I think they were happy to be here.

“It’s been a long 10 months of planning and preparation but I’m happy they’ve made it safe and sound. I pray they will get adjusted to winter and Canada quickly and soon feel at home.”

The family was met by a small contingent of locals upon their arrival, including Mayor Mark Heyck and NWT cabinet minister Caroline Cochrane.

Members of Yellowknife’s Muslim community were also on hand to communicate with the family in Arabic.

Media is invited to meet the family at city hall Friday afternoon when Heyck will officially welcome them to the community. The newcomers will then go shopping for warm clothing.

The sponsorship group says it will organize a public meet-and-greet ‘within a month or so.’