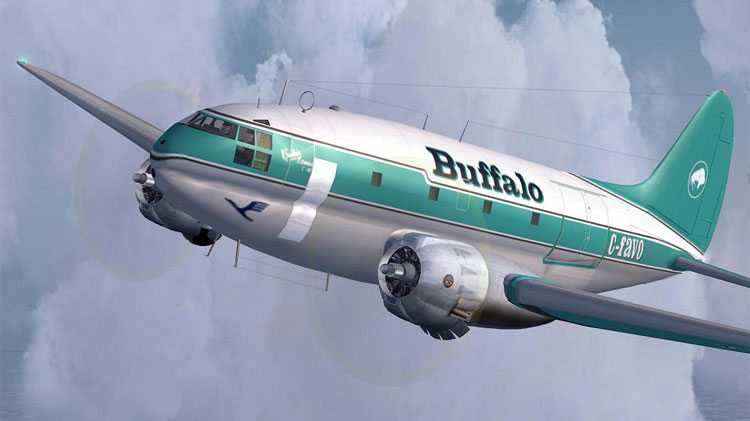 UPDATED 08:28 MST, 12/19/2014 – A Buffalo Airways DC-3 had to return to Hay River with an engine fire on the day popular TV show Ice Pilots NWT reached its finale, according to a Transport Canada report.

The DC-3 turned back seven minutes into its flight from Hay River to Yellowknife, at 7:33am on Wednesday, says the report on Transport Canada’s website – where an incident report has been filed on CADORS (the civil aviation daily occurrence reporting system).

The report says Buffalo Airways personnel extinguished the fire, in the left engine, on landing. No emergency was declared and there was “no operational impact”. Nobody was hurt.

Pilot Joe McBryan disputed that report, telling the Yellowknifer newspaper the aircraft’s engine had a cracked cylinder and was smoking, but there was no fire.

McBryan has flown the route between Hay River and Yellowknife “every day” for more than 30 years according to his son, Mikey McBryan.

The McBryans and Buffalo Airways have gained worldwide recognition as the focus of TV show Ice Pilots NWT, which came to an end on Wednesday after six seasons on the air.

The final episode saw Mikey McBryan attempting a tribute jump earlier this summer as part of a 70th anniversary commemoration of the D-Day landings.