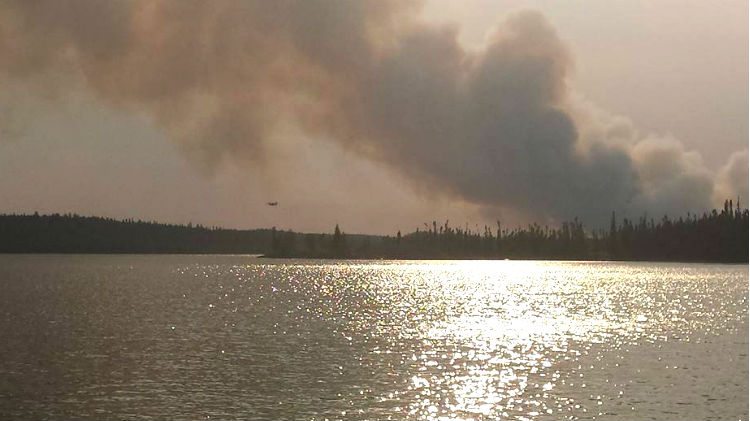 A fire ban was put in place for all North Slave territorial parks on Friday as dry, windy conditions continue.

The ban includes the following parks:

The blaze, which is roughly 100 hectares in size and 56 kilometres along the Ingraham Trail, forced the closure of Reid Lake and Cameron River territorial parks. Refunds will be available to campers.

According to the GNWT, the fire is being actioned by air tankers, an Electra aircraft, helicopters and 12 ground crew members.

Maureen Tonge was evacuated from her cabin near Reid Lake, which is only accessible by boat, after awaking from a nap to see the nearby fires.

“I stepped outside the door of the cabin and said, what is happening?” said Tonge. “All I could see was the sun blotted out by smoke, and it was just billowing.”

A parks employee identified Tonge’s car at the nearby boat launch before travelling to her cabin to notify her of the nearby fires.

Tonge’s believes her cabin remains safe, though she won’t be able to check for certain until the highway reopens.

“It was really unnerving, but at the same time I was just really grateful.”

You can find the latest fire updates at www.nwtfire.com and updates on territorial parks at www.nwtparks.ca.