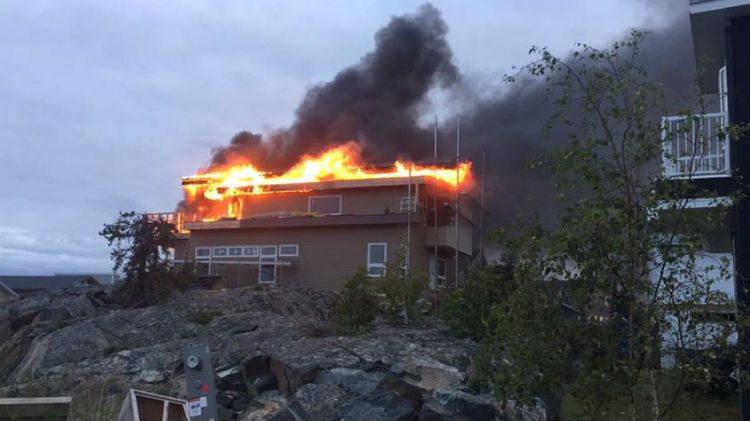 At approximately 11:20pm, firefighters were dispatched to 144 Moyle Drive where a home that was in the final stages of construction had caught fire.

Upon arrival, crews discovered that much of the roof was up in flames.

Firefighters began an initial attack at the front and rear of the building to control the fire in the eves while another team moved inside to battle flames on the third floor.

While fire damage was limited to the roof and third floor, the home sustained smoke and water damage throughout.

Once the fire was knocked down in the early hours of Friday, some crew members stayed on throughout the night to ensure any hot spots didn’t flare up again.

A total of 24 personnel and more than half a dozen emergency vehicles attended the scene. The cause of the fire is still being investigated.

Earlier this week, another fire damaged a home in Yellowknife’s Old Town area. While the building suffered extensive damage, all three occupants and four dogs managed to escape without injury.