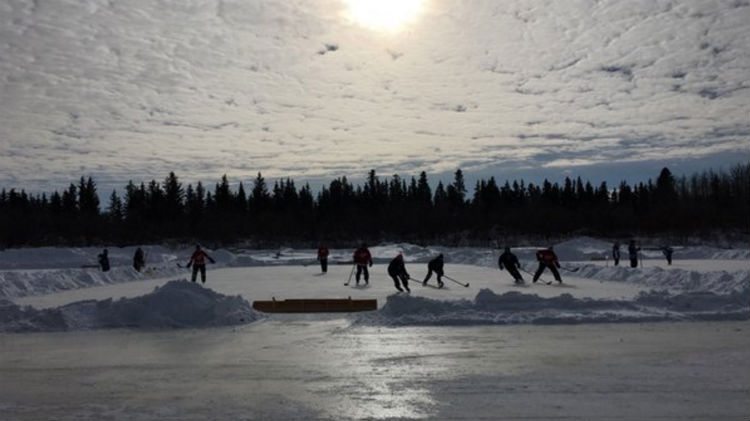 Organizers are calling this weekend’s Polar Pond Hockey tournament a ‘great success’ after 29 teams participated in the outdoor event.

Clubs from as far away as Iqaluit travelled to Hay River to take part in the eighth annual tournament.

The friendly event saw teams of four play against each other with no goalies and smaller nets. Hordes of spectators also made their way down to the fishermen’s wharf to take in the competition.

In the end, the Injured Reserves won the open division, beating Jack and His Buds 17-12 in the final. In the women’s final, the Hot Mammas topped the Black Knight Beauties 23-17.

This year’s tournament was held two weeks earlier than normal so that it wouldn’t conflict with the Arctic Winter Games.

Most of the teams that competed were from Hay River, but there were also participants from Iqaluit, Calgary, Edmonton, Yellowknife, Fort Smith and Fort Simpson.

In years past, teams have even come from as far away as Vancouver.