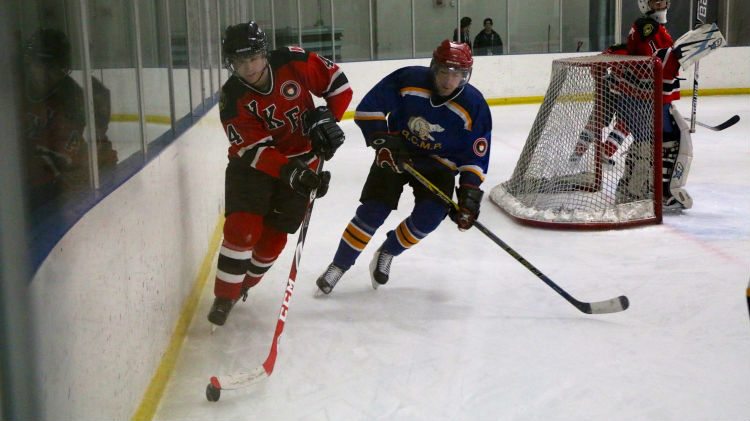 The 2016 Memorial Hockey Challenge has been confirmed for Sunday, April 24 at Yellowknife’s Ed Jeske Arena.

The charity event will celebrate 10 years next month when teams of RCMP officers and firefighters face off against each other.

The game commemorates the lives of Cyril Fyfe and Kevin Olson, Yellowknife firefighters who died on duty in 2005, and RCMP Cst. Christopher Worden, who was killed in the line of duty in Hay River nine years ago.

This year, proceeds from the event will support the family of Hay River’s ‘bubble child’ – Deagan Clavette – who’s battling a rare form of mast cell disease.

“It allows us, across the Northwest Territories, to remember our fallen while raising funds for those currently in need in our communities.”

Last year’s Memorial Hockey Challenge raised nearly $40,000 for the family of Malcolm Austin, a Yellowknife boy who was diagnosed with a rare and aggressive form of brain cancer in late 2014.

Malcolm, who became a source of inspiration in the community, passed away at the age of six last August.

The 2016 Memorial Hockey Challenge is being orchestrated by the Northern Safety Association, RCMP and the City of Yellowknife.