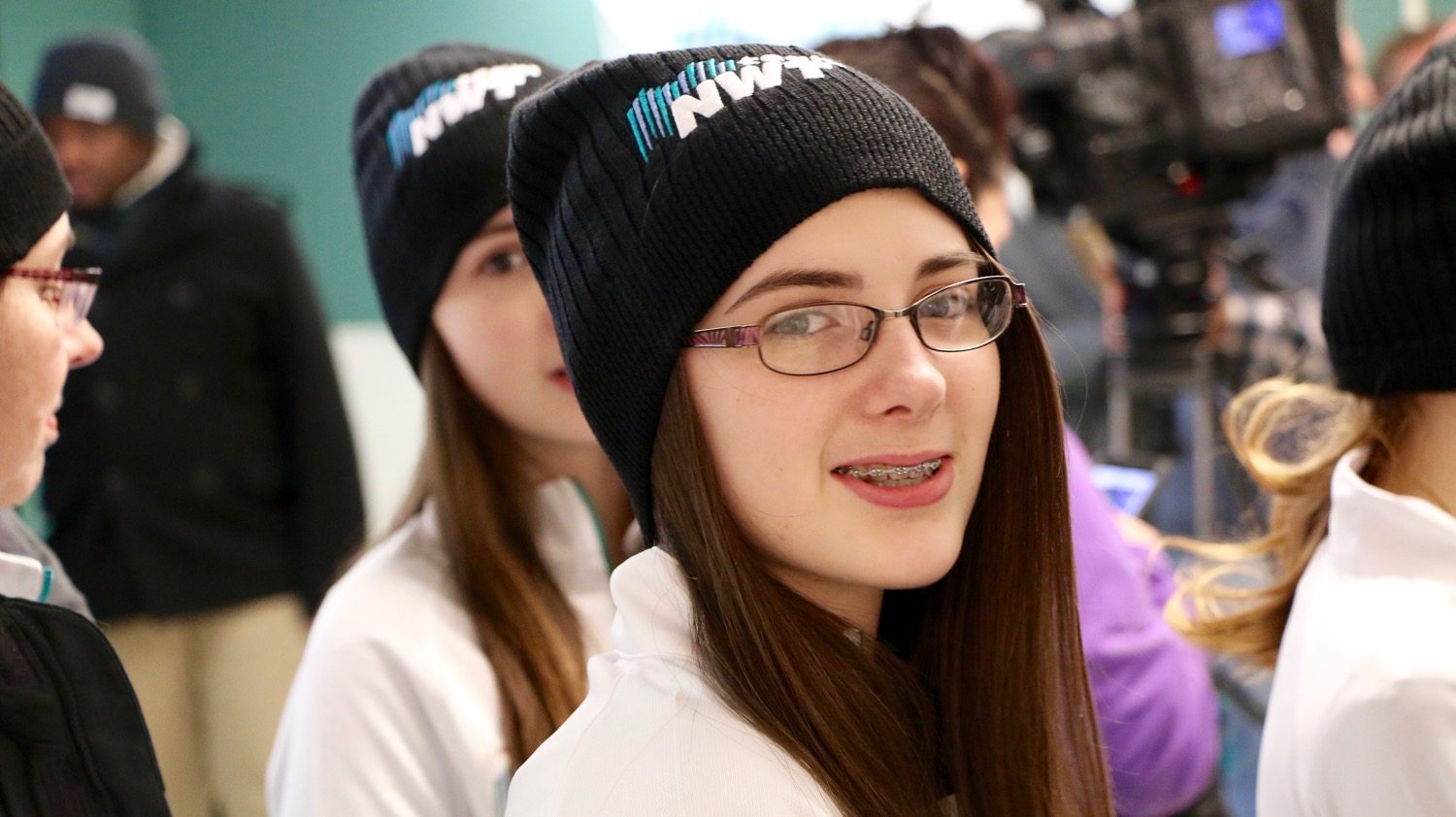 Team NWT at this year’s Arctic Winter Games will be grey and green.

The territory’s uniforms for the 2016 Games in Greenland, which begin next month, were revealed earlier this week. The colours are inspired by the aurora borealis.

“Regardless of where we are or where we call home, we are all connected as northerners by the northern lights,” said Sport North’s Doug Rentmeister as he introduced the outfits. “That connection will become even more prominent in Greenland.” This year’s solid-coloured grey jackets and turquoise-green snowpants mark a departure from the vivid patterns and colour palettes of other recent Team NWT uniforms.

“Our return to a more traditional walkout uniform also includes a link to the cultural and economic roots of our territory,” said Rentmeister, adding that each jacket’s hood is lined with wild fur from the Northwest Territories.

Team NWT supporters at the Games will receive “Track the Pack” hoodies made by Yellowknife-based Erasmus Apparel. Track the Pack is the branding being used by Sport North to promote residents’ ability to follow the team’s exploits online. “I really like the jackets this year. The ski pants are really nice too. I like the colours,” said Kia Debogorski, who will play volleyball for the NWT in Greenland.

Cody Earle, who will play hockey for Team NWT in Iqaluit – the only sport not held in Greenland – alongside sister Dakota, was less captivated by the striking green snowpants. “I’ll try to trade them when I get there,” he admitted.

Debogorski and the Earles will be three of 325 athletes representing Team NWT in Iqaluit and Greenland, drawn from 19 different communities and competing in 14 of the 15 available sports. Maureen Miller, the president of Sport North, challenged the athletes to come away with the Arctic Winter Games’ Hodgson Trophy – awarded not to the winner, but to “the contingent whose athletes best exemplify the ideals of fair play and team spirit”.