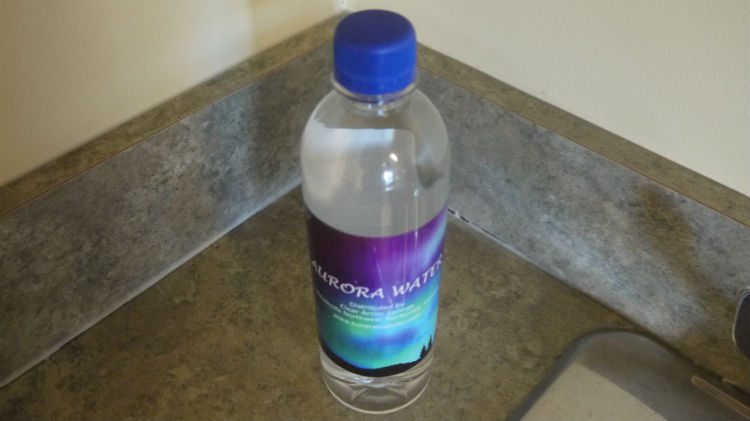 A new brand of bottled water being distributed in Yellowknife hopes to capitalize on the territory’s growing tourism sector.

Right now, Aurora Water is being drawn from the Saskatchewan River just west of Edmonton, bottled in the Alberta capital and distributed by Clear Arctic Springs in Yellowknife.

But in time, Yellowknife distributors hope to draw the water from here to be sent down south for distribution.

Dennis Althouse, vice president of Tundra Transfer Ltd., says the product is designed for tourists who visit the territory to see the northern lights.

“It’s a test market right now,” he said. “We’re trying to see if there’s a market for Aurora Water among tourists who want to take it home as pure water from Canada’s North.

“The story is that it’s melted under the northern lights and that the water runs through the tundra in a very pristine part of the country.

“We have interest with the NWT tourism industry and we’re going to start delivering it for trials.”

Althouse says the bottles contain reverse-osmosis water, making it among the purest in the world.

Few bottles have been distributed so far, but if the label sells well he’s hoping the water can be distributed from Yellowknife.

“Obviously our bottle run is going to be too small to bottle it here so we’re looking at the economics of shipping water that’s from here and treated here and sending it south to be bottled.

“As far as I’m aware, this is the first time we’ve tried anything like this.”

Because the water is geared more towards tourists, it might not appear on shelves throughout the city. Though Althouse indicated it could appear in select vending machines.