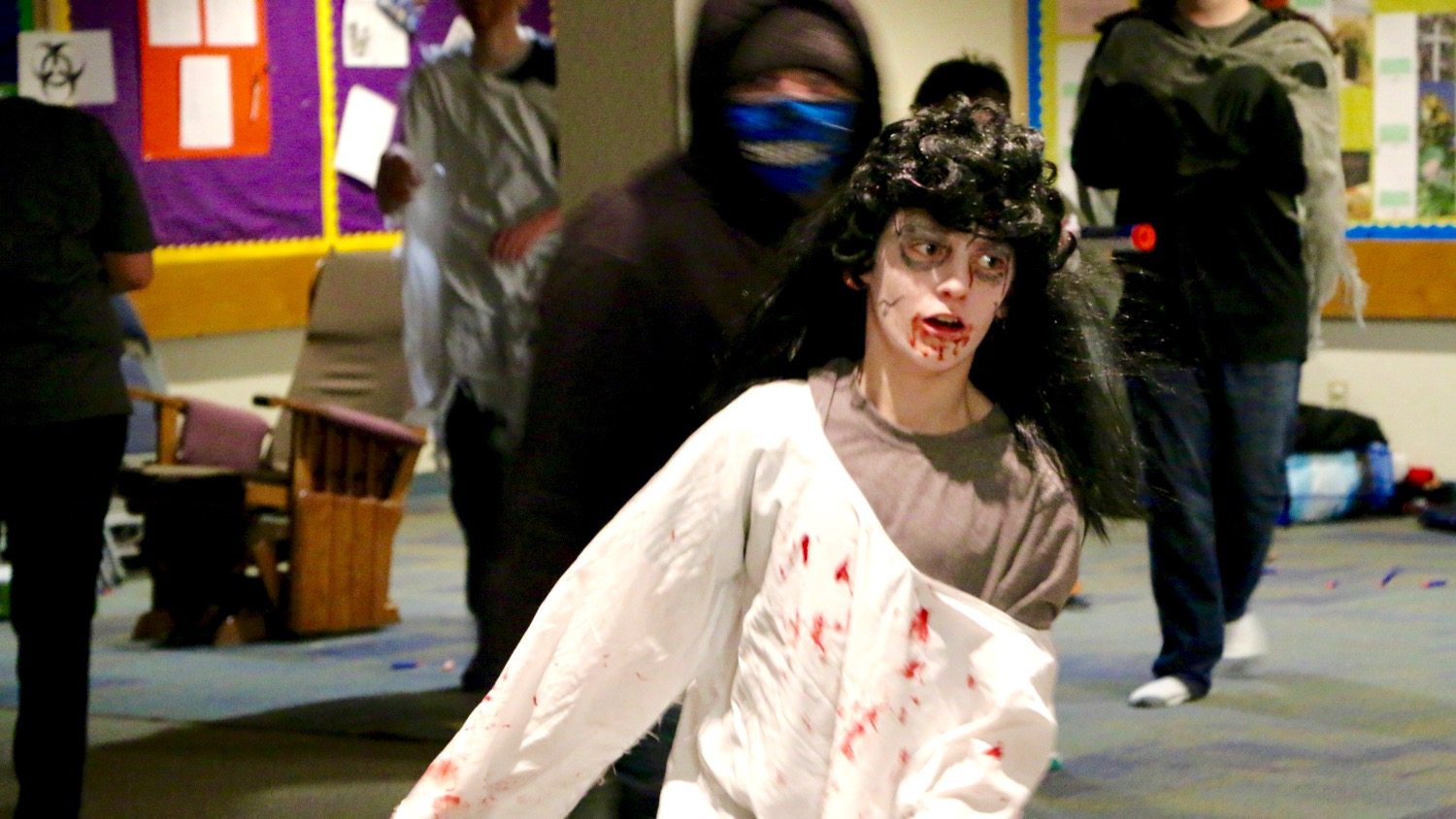 If you happened to miss Friday’s zombie invasion of Yellowknife, don’t worry – the local cub scouts had you covered.

Around half a dozen zombies broke loose inside the city’s Northern United Place at around 8pm. Happily, the cubs had built an impressive cardboard fort and ended the outbreak in a hail of Nerf gun ammunition.

A question you may have at this point is: why? Why are zombies attacking the city’s children?

Cyndi Sparvier is a Yellowknife cub leader. We asked her for answers. “We talked about preparing emergency kits for your house. This is a fun way to learn about how you would prepare for anything,” Sparvier told Moose FM.

The cubs certainly seemed more than eager to test their heavy weaponry against this particular emergency – a group of zombies played by teenagers in a variety of ghoulish outfits.

The zombies lasted around 15 minutes before all had been vanquished. It would have been a shorter fight, but one or two zombies needed a little persuasion to give up the chase and succumb to their younger opponents. Thankfully, this test complete, we can all sleep safe in the knowledge that young Yellowknifers know how to face the fictional undead.

“If you can handle a zombie attack, you’re pretty-much good for any kind of pandemic or anything else that’s going to come at us,” concluded Sparvier.