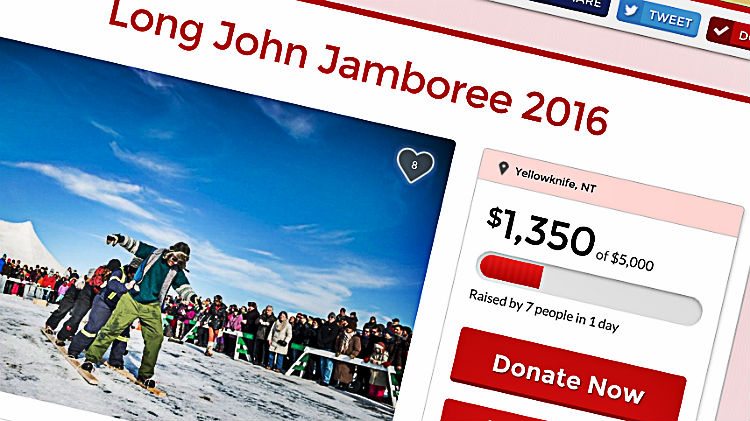 On Monday, De Beers confirmed it was unable to sponsor this year’s festival – creating a $30,000 hole in Jamboree organizers’ budget.

An ice carving contest which attracted worldwide attention in previous years has since been cancelled, with organizers suggesting other Jamboree events could be affected.

The festival has now set up a GoFundMe page with the initial target of raising $5,000 from the Yellowknife community.

“This free event is only made possible by the support of the community through donations and volunteers. Do you enjoy entertainment, music, trivia, sled building, face painting, and participating in the rough neck relay? To make these events happen, we are looking for donations of any kind.

“The Long John Jamboree is currently being organized by five passionate people who care about the community and want to keep this festival alive. We are very grateful for all the support in the past and we are thankful for your support this year.”

In the first 24 hours, seven people and businesses pledged $1,350 to the festival between them.