Snowboarding in the NWT has just been revolutionized 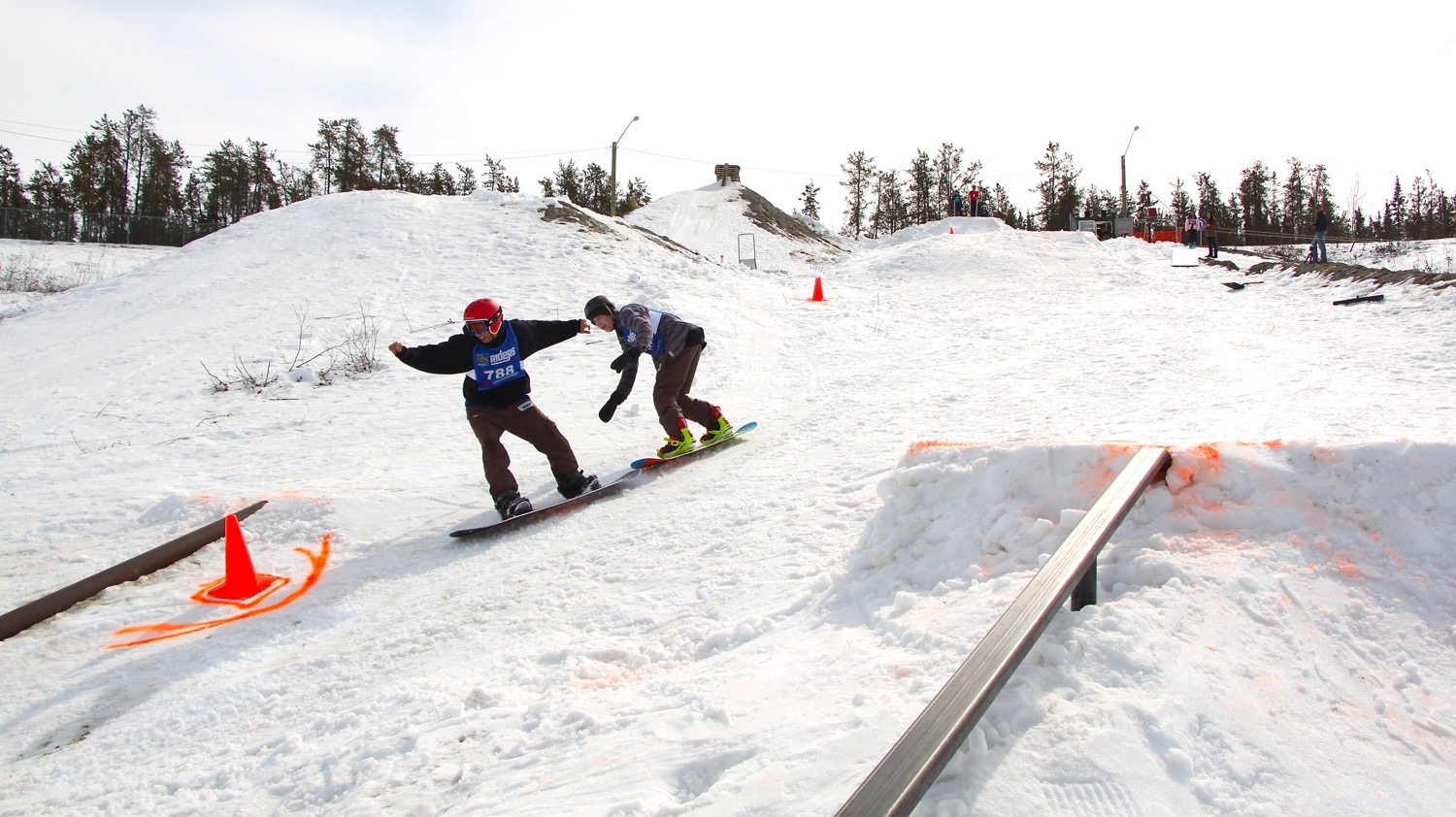 Snowboarding in Yellowknife is no longer an uphill battle.

After years of work to install and certify the equipment, the city’s Bristol Pit snowboarding venue now boasts a lift – meaning snowboarders can be pulled back up the slope rather than facing a lengthy trudge after each run.

The new towing system made its debut last weekend during territorial trials for the Arctic Winter Games, having just received final certification.

There will be an official opening on Saturday, February 6 at Bristol Pit.

The first official day of the @NWTBSA handle tow in use! #AWG trials, -17, and no more walking up the hill! #yzf pic.twitter.com/SAGlJx0Odo

“This has taken more than three years and it’s all been done by volunteers,” said Louise Matthews, president of the NWT Snowboarding Association.

“We’re pretty proud of what we’ve been able to pull off to get it certified. They had to bring in an inspector from Edmonton to do the certification because no-one in the territory has the authority.

“We’re planning a grand opening on February 6 to really encourage people to come out, try out the tow rope, put on their snowboard and go down the hill. All of our coaches and instructors will be there to work with anyone interested in coming out. It’s open to adults as well.”

Matthews told Moose FM the new tow will make it much easier to run more sophisticated programming at the venue.

Exciting times here at the Bristol Pit Snowboard Park! We are able to run the lift for our 1st event! #YZF #NWT pic.twitter.com/DnrMnJtcJg

“We’re planning to have some structured programming between now and the end of this season,” she said.

“This really allows us to actually have programming, to get kids and adults involved in a more structured way. Lots of youth in Yellowknife and the territory are really interested in getting involved and snowboard wherever they can find a hill. This will allow them the opportunity to learn more about the proper skills – how to snowboard, how to turn.”

Meanwhile, the NWT snowboarding team for March’s Arctic Winter Games in Greenland has been selected.

No female entrants turned up for territorial trials. Juvenile male will be the only category with NWT representation at the Games.

On Wednesday, reports claimed Nuuk – the Greenlandic venue for the Games – is struggling with a lack of snow.

“The only thing that worries us is the lack of snow. We have snow machines and we’ve got plans for what we’ll do,” Lars Damkjaer, the city of Nuuk’s chief communications officer, told the CBC.