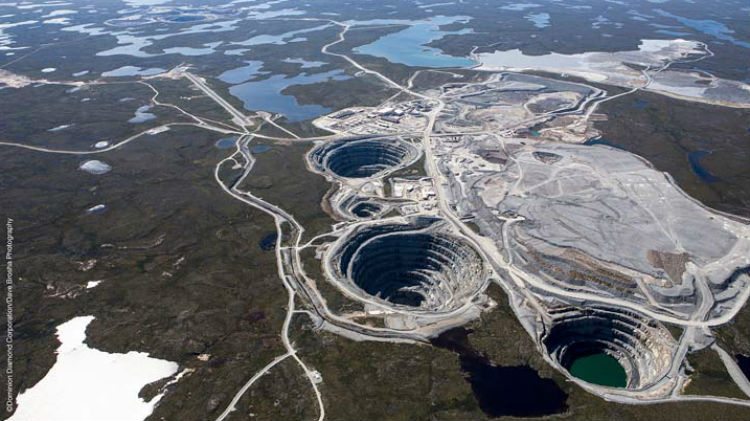 The union representing workers at the NWT’s Ekati diamond mine says it is heading back to the bargaining table with mine owner Dominion.

An update posted to the Union of Northern Workers’ website on Thursday claimed the two parties will return to bargaining instead of taking their dispute to the Canada Industrial Relations Board (CIRB).

Negotiations over a new collective agreement, which have been ongoing since August 2014, soured in the past year.

First, Dominion filed a “failure to bargain” complaint against the Public Service Alliance of Canada, of which the Union of Northern Workers (UNW) is a component, in May.

In return, the union filed an “unfair labour practice” complaint against Dominion in August.

To resolve those disputes, the CIRB had been set to mediate between the two later this month.

However, the union says last-ditch talks in Vancouver this week resulted in a return to direct negotiations.

“The parties reached an agreement to adjourn hearing dates set for January 25-27 and return to the bargaining table as soon as possible to work towards reaching renewal of the collective agreement,” read the union’s statement.

“Our goal continues to focus on achieving a positive outcome and an improved collective agreement for our members at Ekati.”

Almost 500 workers at Ekati are represented by the UNW, some of whom are based outside the territory.

One major bone of contention in the past year has been Dominion’s decision to end free charter flights from Edmonton to Yellowknife for those workers.

In July 2015, Dominion told the CBC it had increased employee travel allowances at the same time, and was trying to support northern workers while encouraging southern workers to move to the NWT.

The UNW says future bargaining dates are yet to be confirmed.