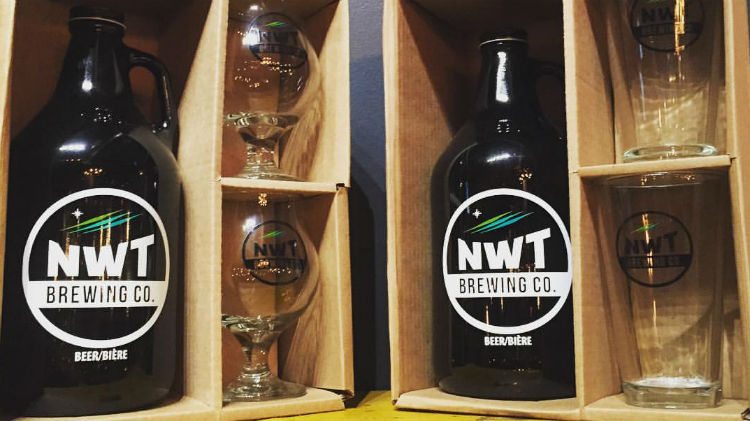 The first commercially brewed beer in the Northwest Territories since 1997 hits the lips of Yellowknife residents on New Year’s Eve.

This lunch hour, the city’s new brewpub finally begins serving its own beers ahead of its first New Year’s Eve party.

“It’s a day we’ve been anticipating for quite a while,” Fletcher Stevens, who founded The Woodyard with wife Miranda, told Moose FM.

“I don’t know whether I’m excited or nauseous. It’s the first time Yellowknife gets to try our beer and you always have to ask: are they going to like it? Are we going to live up to their expectations?

“At the same time, I’m confident it’s going to be great. But it’s a weird feeling.”

Stevens was up at 6am on December 31 to keg more beer in anticipation of a busy day. “I didn’t get much sleep last night,” he admitted.

The Bush Pilot’s Brew Pub, in Yellowknife’s Old Town, closed in 1997 and no beer has since been produced for general consumption in the city.

On New Year’s Eve, Stevens promises his pub will offer at least two beers – with a “game-time decision” on a third.

“The Ragged Pine Pale Ale is hopped with some hops that produce a sort-of piney note, and the name comes from the higgledy-piggledy trees we have in the area,” he told us.

“The Turbid Wit is a Belgian witbier, similar to an Alexander Keith’s or a Rickard’s White. It’s naturally cloudy because it’s a wheat beer. It’s brewed with coriander, some different orange peel and there’s a bit of camomile in there also.

“Then there may be a Honeybucket Nut Brown on tap tonight. It’s still in a tank right now and I’ll have to keg it some time this afternoon.”

The Woodyard, built from scratch by the couple and friends, has been a popular destination in the months since it opened – despite being unable to serve its own beer until now, while the brewpub dealt with licensing issues.

Having seen his pub run out of (other companies’) beer during the last opening rush, Stevens is determined to avoid a repeat.

“We don’t want to make the same mistake,” he said, “We have three batches that are going to be ready and 14 kegs of each, and we do still have other guest taps as well.

“I hope we don’t drain it in the first weekend because then we’ve got to wait three weeks for the next one! I think there’s going to be a really solid dent put in, but it’s hard to tell.

“Every home brewer probably can relate: you taste the first batch of your creation, you think it’s the next best thing and you always think brewing beer would be the dream job. Now, here I am.

“It’s been a lot of work to get to this point – long, 16-hour days and exhaustion. But I think it’s going to be worth it in the end. We made a lot of promises that our beer would be available this year. It’s taken every single day of the year to get it.”